Out & about in Metro Manila

Metro Manila has 16 cities and 1 municipality. It has more than 10 million people living in it and I’m one of them. I live in a city called Mandaluyong where it’s highly accessible to shopping malls and Makati City, the country’s central business district.

With such a large land area, the question comes up:

What do I ride to get around Metro Manila?

There are private and public vehicles. There are metered taxis but it really depends on one’s budget to ride them. I have no car so I’m taking public transport. There’s something to remember about public vehicles. Words such as “ordinary” and “special” will come in handy as I mention a common transportation found within the islands—The Tricycle. 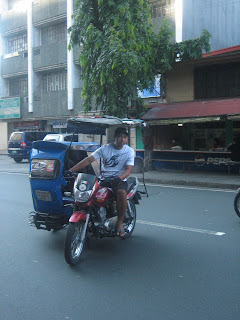 It’s called the tricycle for obvious reasons. It has a sidecar that can comfortably seat two people and two passengers behind the driver. However, there are times when passenger capacity is flexible and it can accommodate eight people. Or more.

How to be special

If you’re willing to share your tricycle with others, the fare is lower. That’s “ordinary” but if you want to go solo, you’ll pay a much higher fare and be “special”. That’s one of the basic rules in Philippine public transportation.

Here’s another way of putting it: 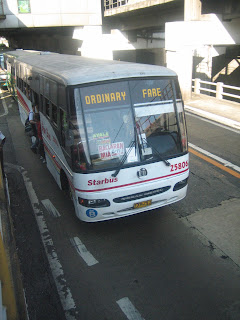 This bus is “ordinary” because it’s not air-conditioned. 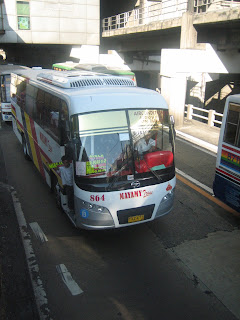 This bus is “special” because it has air-conditioning and probably a television inside.

The price difference isn’t too huge but it gives an option to a lot of people who’d like to stretch their budget.

We also have train systems such as the Light Rail Transit 1 and 2 (LRT), and the Metro Rail Transit (MRT), which makes traveling much more convenient.

This was taken while waiting for the next train in the LRT 2, which was completed almost seven years ago. This LRT train station is located in Quezon City, named after the Philippine Commonwealth President Manuel L. Quezon. It’s the biggest city in Metro Manila. 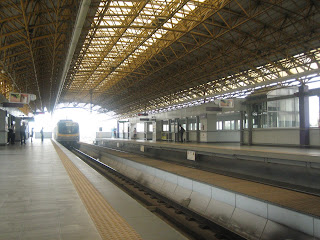 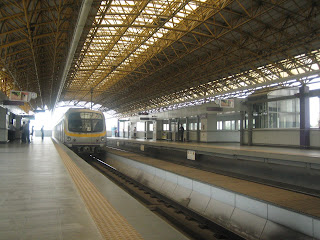 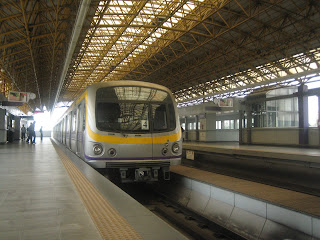 However, the most historic city—the one that started it all—is Manila. Also called Intramuros (that’s Latin for “within the walls”), it was the nerve center of the Spanish Empire in the Far East. The Walled City experienced heavy casualties after the Second World War. I shall write another entry to describe its pre-War condition and efforts to improve and promote it.

Intramuros is a tourist attraction with kalesas, a horse-drawn carriage, to go around and explore the city within its walls. 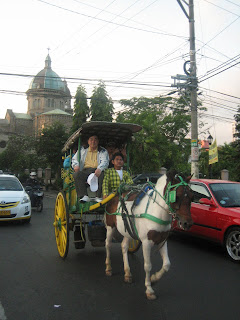 Another common sight is the iconic jeepney. The first ones were called jeeps that were left by the US Army after World War II. Through time, the succeeding models were customized according to the driver’s preferences. I’ll share my experience in riding one of these kings of the road soon. 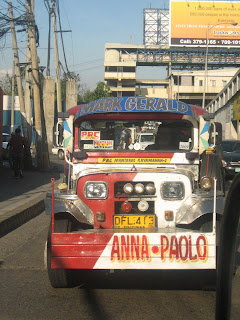 Who’s Anna and Paolo? My guess is that they’re the driver’s children.

There is also a growing motorcycle population particularly in Metro Manila due to the influx of cheaper brands. Furthermore, there are easy-to-own payment plans.

On an interesting note, here’s one of the ways to explore provinces outside Metro Manila on a shoe-string budget. 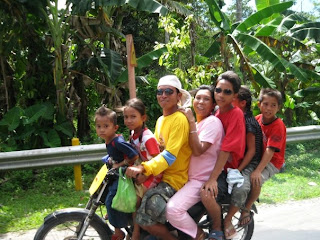 This was taken by Candie, a fellow guide, in a trip to the countryside.

It’s common to see something like this in the provinces with steep and rough terrain. It’s called the habal-habal.

Read more:
Mabuhay! Introducing Bryan and the Philippines
Philippines blogs on Blogs of the World
Which countries drive on the left? A blended family in a blended city

7 comments for “Out & about in Metro Manila”