If I were to introduce myself and tell you that I’m a Filipino from a country called the Philippines, a question from an American comedian named George Carlin would likely come up: 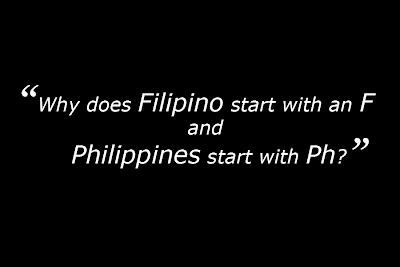 It’s a good observation and a very valid question. To keep it short, the word “Filipino” is a product of three centuries under the Spanish and “Philippines” is now our name after almost 50 years of US rule, which ended in 1946.

This is just a gist but my country’s story goes deeper than that. I shall tell it to you in bits and pieces as we go along.

Who are the people who live in the Philippines? They’re called Filipinos.

I’m a Filipino. My name is Bryan Ocampo. I have an American name and a Spanish surname. I have long straight hair just like the Chinese. My eyes are a bit slanted and get usually small whenever I flash a smile. 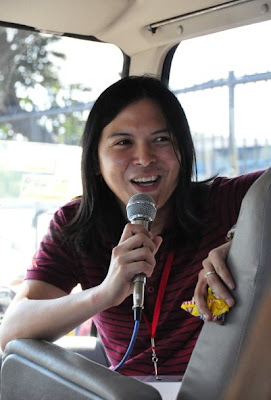 Nice to meet you. This is me doing a bus tour.

I live in Asia but the way I celebrate fiestas with my people can almost be close to Latin Americans. My English is good but I don’t sound like a native speaker. When I was in Disneyland Japan, an old Thai woman approached me and asked a question in her native tongue.

I check out the news about my favorite basketball team, the Los Angeles Lakers and look forward to the next Iron Man movie by Robert Downey Jr. I love eating Japanese food and as expected from any Filipino, I do great videoke.

I mentioned these influences from different countries because I live in a multi-cultural society and these have links to what I am now. We’re nearing the 90-million mark and you can meet us almost anywhere in the world.

A smart Filipina puts it so well:

We are the 40,000 skilled nurses who support the UK’s National Health Service. We are the quarter-of-a-million seafarers manning most of the world’s commercial ships.

We are your software engineers in Ireland, your construction workers in the Middle East, your doctors and caregivers in North America, and, your musical artists in London’s West End.

I’m a Filipino Tour Guide and I’m pleased to meet you. I hope that this could be a start of a beautiful friendship.

*Mabuhay (Ma-boo-high) is a Tagalog word which means “to live” or “long live”. We use it like the Spanish do when they cheer “Viva!”.

We’re very pleased to welcome Bryan to our team of regional contributors from around the world. He will be writing more on PocketCultures about life and culture in the Philippines so stay tuned. This post was adapted from a post originally published on Bryan’s own blog. You can read the unabridged version here.