More than 80% of Filipinos are Roman Catholics, a result of more than 300 years under Spain. The people adopted religion as an important part of their culture.

One of the best ways to know the story of towns and Philippine history in general, is to look at the churches and historical markers. Take for example the Maragondon Church in Cavite (Cavite is a province south of the capital Manila). 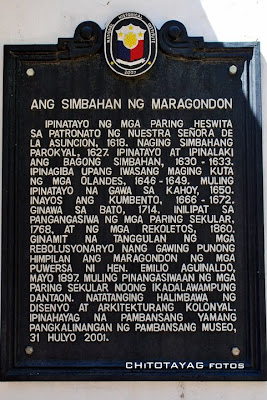 “Constructed under the supervision of the Jesuits under the patronage of Our Lady of the Assumption in 1627. The new church was built and enlarged in 1630 to 1633. Demolished to prevent the Dutch from making it their fort in 1646 to 1649. Re-built in wood from 1666 to 1672. Made in stone in 1714. Administration was transferred to secular priests in 1768 and to the Recollects in 1860. Used by revolutionaries as headquarters in Maragondon by the forces of General Emilio Aguinaldo in May 1897. Administration was transferred again to secular priests in the 20th Century. A distinct example of colonial architecture and design. Declared as a national cultural treasure by the National Museum in 31 July 2001.”

Churches were important structures in towns especially for those located in coastal areas. The bell tower would serve as an alarm in case foreign or local pirates attacked these settlements. When Spain took possession of these islands, the Dutch were their fierce rivals because of the lucrative spice trade in the first half of the 17th Century.

Civilizations began near bodies of water and the town of Maragondon was no exception. Its original site was located near a river that overflowed, which forced the community to move to its present site.

The church in Maragondon has a bell tower made of irregular river stones. This was used as an enemy lookout and probably served well when revolutionary forces used the church as their base. 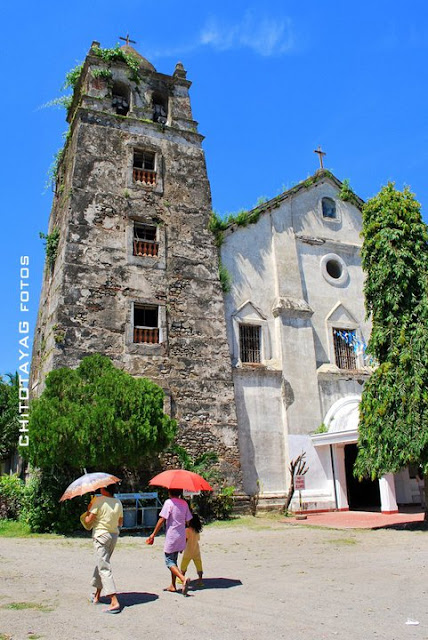 One of the best features of the Maragondon Church is the level of artistry applied in decorating the doors. 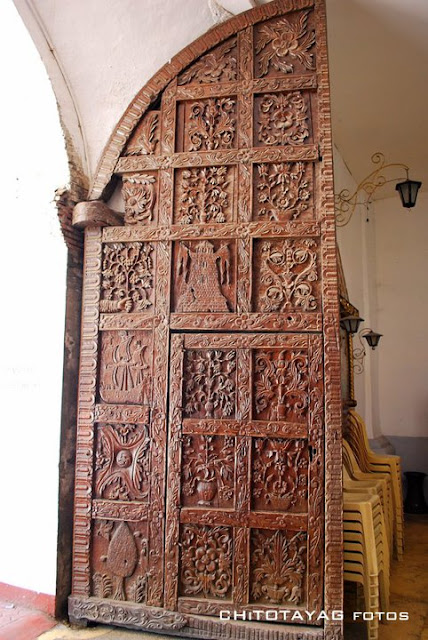 Upon closer look, one would find plants or galleons carved on these doors. 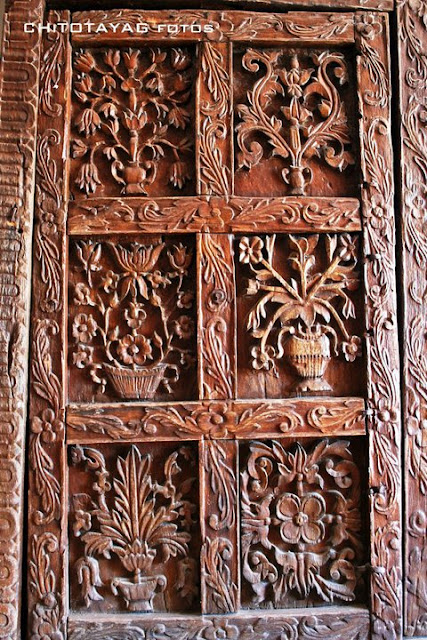 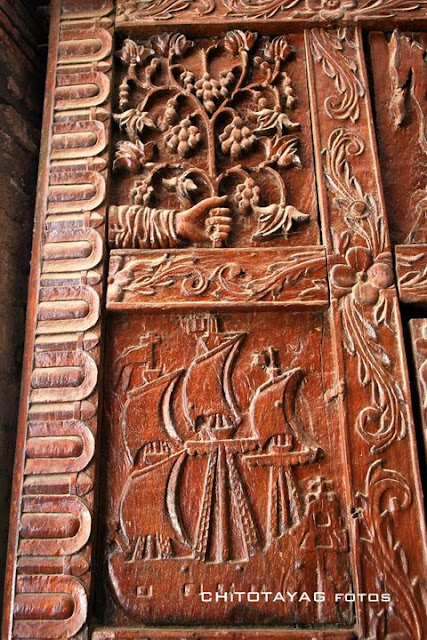 Perhaps, the artisans were inspired with what they witnessed in those days. Many galleons were built in the shipyard of Cavite. The Philippines was involved in a global activity called the Galleon Trade, which lasted for two and a half centuries (1575-1815). More than 200 galleons were built in the country. These ships loaded with exotic goods from the Orient were sent to Acapulco, Mexico for prized silver. These items would then be sent to Europe where they fetched high prices.

In the early years of the Conversion, Filipinos were also introduced to different crafts and techniques that they learned from the Chinese and the Friar. Take for example, the church’s pulpit and the inverted pineapple found at its bottom. 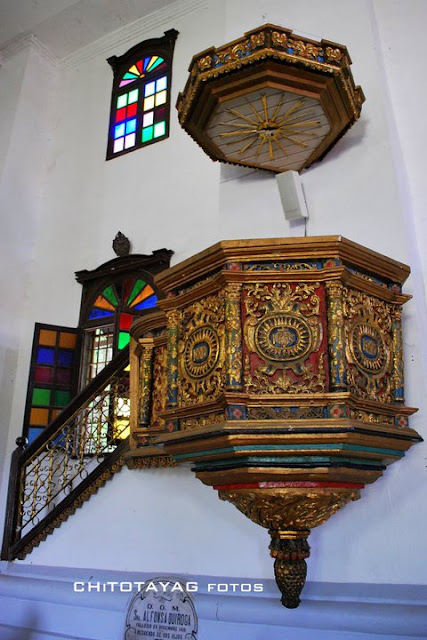 An inverted pineapple in Chinese culture is a symbol of good luck. Inside a Catholic church, it can be seen as a contradiction but on a different perspective, it can also be seen as a successful fusion of influences from the East and West. The native Filipino artist was able to create something beautiful and intricate that he can call his own.

There was an observation that our design aesthetic borders on over decoration that works. The Maragondon church showcases this with its well-crafted retablos. A retablo is a decorated wall adorned with the cross and/or the images of saints who are very important to the community. 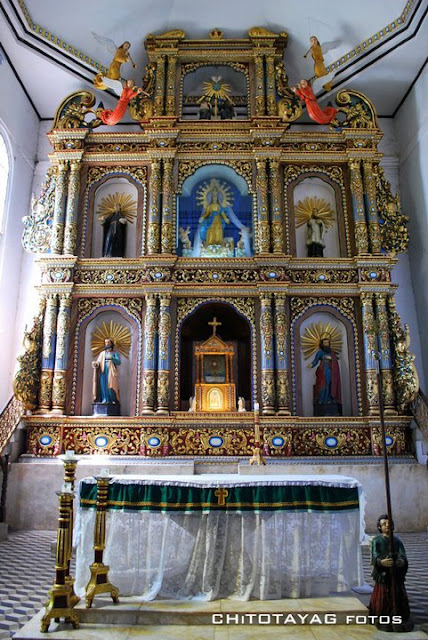 One would also notice the prevalent use of wood, which the islands had in abundance. Instead of stone or ivory, artists used wood to carve religious images. 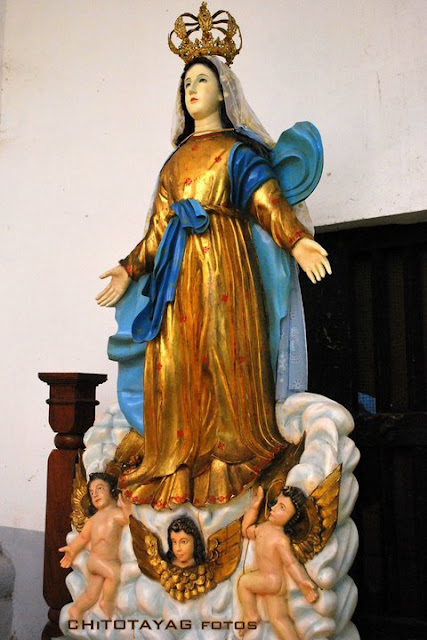 The Maragondon Church embodies the important role the church had in laying down the foundations of a national community and its role in history as a place of refuge in a literal and spiritual sense for its people. As the largest Christian nation in the Far East, the Philippines has so much to offer in religious heritage. Maragondon Church is just one of the many beautiful places of worship here. It’s worth the visit.

Thanks to Luisito Tayag for all the photos used in this post. 6 comments for “Enter a Filipino Church”